Back to Patient Education

Stereotactic breast biopsy is performed as an outpatient procedure with local anesthesia.  Depending on the facility, you may be seated in a chair or positioned face down on a table.  Your breast will be placed between two plates, similar to what is used for a mammogram.  One plate has a window through which the biopsy is performed.  A series of images will be taken and interpreted by a computer to produce a 3D picture and pinpoint the specific location of the lesion.
A variety of minimally invasive biopsy methods may be used to remove the tissue samples.  Various sized needles may be used alone or with vacuum suction assistance.  A small metal clip may be left at the biopsy site to mark the exact location in case further treatment is needed for cancer.
Once the sample is taken, no stitches are required because there is no incision.  You should avoid strenuous activities for a day, but may return to your regular activities after that.  It may take a few days for a pathologist to process your specimens.  Your doctor will contact you when he or she has received the results.
Back to top

This information is intended for educational and informational purposes only. It should not be used in place of an individual consultation or examination or replace the advice of your health care professional and should not be relied upon to determine diagnosis or course of treatment. 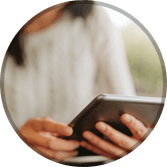 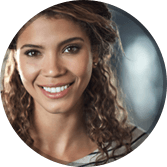 “I love this office. The office staff is always warm and welcoming. Dr. Bass took his time to hear my concerns and together create a timeline to address everything. I always leave here feeling that I am a valued patient.” – Jenny Q. from ZocDoc